Posted on 4th February 2019 at 14:30
It took Charlotte five years of waiting and planning to get these pictures. On Saturday 2nd February, 2019, it all finally came together as the steam locomotive Mayflower crossed the Ribblehead Viaduct in Yorkshire, at the precise moment that the sun was setting in the background
The two trains were Mayflower and British India Line, connected together in what is known as Double Heading, were at the head of Railway Touring Company’s ‘Winter Cumbrian Mountain Express’.
Bringing together the unique combination of a spectacular winter sunset, calculating exactly where to be positioned with the camera as the sun went down, then waiting for the steam engines to arrive on cue, all takes a combination of research, planning, a little good fortune with the weather and of course, for the trains to arrive on time.
The trains were running thirty minutes late and for a while it looked as if the shot wasn’t going to work out. “I originally wanted the sun to be above the trains, yet in the end, the sun almost touching the tracks actually makes for a better picture.”
In fact, had the trains been on time, then the picture wouldn’t have worked quite so well, as the sun would have not been sitting quite so low in the sky. 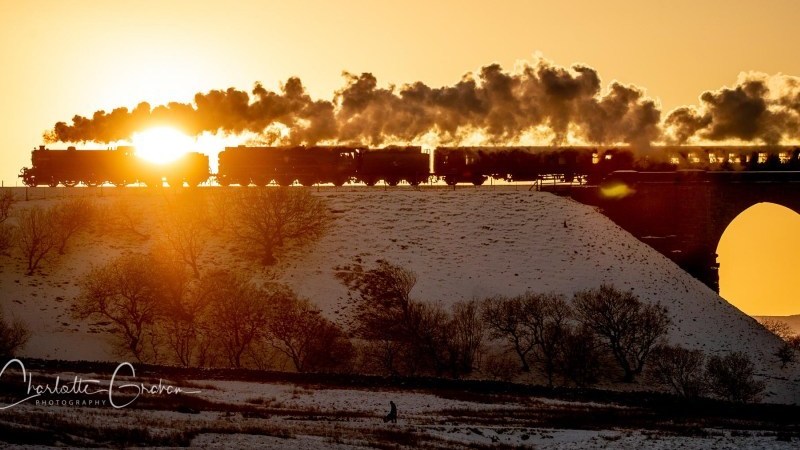 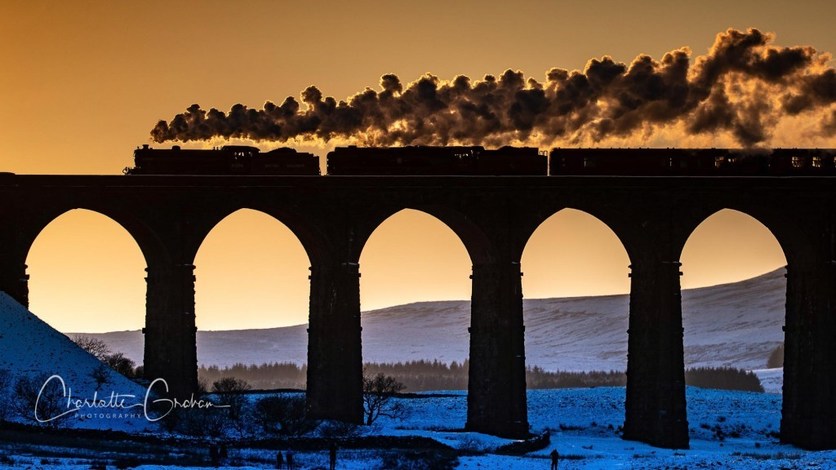 The Daily Telegraph absolutely loved the images, taking up the option of an exclusive first use, so Charlotte had to keep quiet over the weekend until they’d been published. Not only that, the newspaper published the selected image across the entire double page spread.

Some interesting facts for the railway enthusiasts.
LNER Thompson Class B1 61306 is a preserved British steam locomotive. In preservation, it has carried the LNER-derived number 1306 and the name Mayflower, complete with LNER Apple Green Livery, though this guise is entirely fictional
And steam train 35018 British India Line was one of the first batch of twenty SR Merchant Navy Class steam locomotives to be built by the Southern Railway in 1945 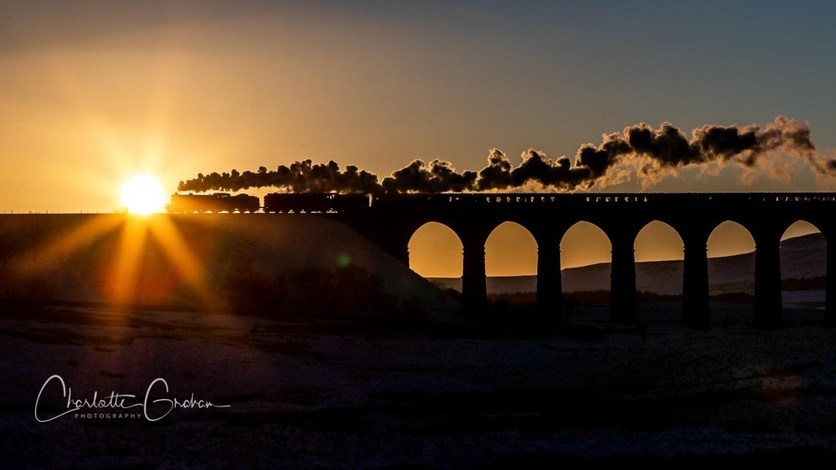 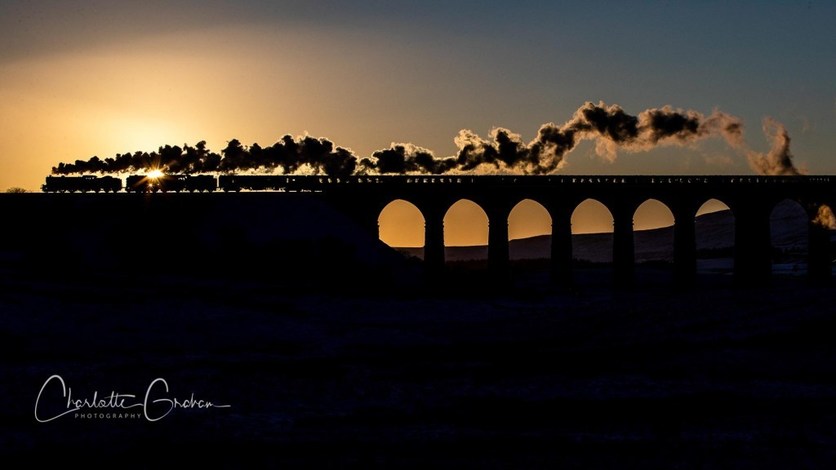